Intramuscular injection of botulinum toxin A (BoNT-A) is a common treatment both aesthetically for the relaxation of wrinkles, and therapeutically for Temperomandibular Disorder (TMD) and bruxism. Studies have shown however, that when injecting the Frontalis muscle, there is no significant difference in anti-wrinkle efficacy between intramuscular (IM) and intradermal injections (ID) (Carruthers & Carruthers, 2013). ID injections of BoNT-A are associated with a lower risk of adverse side effects. The use of an ID BoNT-A injection technique however, has only been studied within the Frontalis region.

In 2008, PTIFA Co-Founder, Dr. Warren Roberts, began applying the concept of ID injection of BoNT-A with a high concentration (1:1) of BoNT-A to create the “PTIFA Weal technique”. Unlike traditional teaching where BoNT-A is injected deeply into muscle (an experience which can create much patient discomfort), the PTIFA Weal technique utilizes the concept of high concentration (1:1) injections placed at a superficial ID level. Using a high 1:1 BoNT-A concentration and proper anatomical placement, the product diffuses to the correct target muscle and eliminates the risk of unwanted BoNT-A migration. In addition, the ID nature of this injection technique means only the bevel of the needle tip is ‘rolled’ into the skin – increasing patient comfort and decreasing chances of negative side effects including pain and bruising.

This technique can be applied to aesthetic BoNT-A injections for both the upper and lower face, as well as therapeutically. Dr. Roberts has collected years of EMG data to support the effectiveness of the PTIFA Weal technique in reducing hyperactivity of the Masseter, Temporalis and Platysma muscles, thus reducing symptoms of TMD and Bruxism. 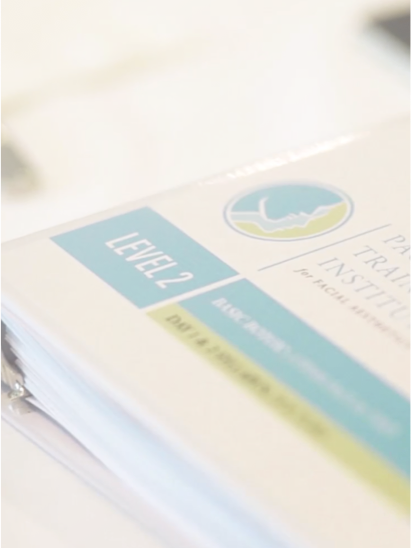 Complete the form below to have a course information package emailed to you and to join our newsletter.